Small Talk was a contemporary acoustic music show that Douglass Bishop of Tenderhooksmusic held every second Sunday afternoon at a couple of different pubs in Sydney back around 2002-2003.

The Clare Hotel, 20 Broadway, Ultimo hosted it for a while and before that it was around the corner at The Gladstone on Regent St Chippendale.

Small Talk started nice ‘n’ early at 4:30 finishing at 8:30. It was a great lazy Sunday arvo sitting around in a very relaxed and intimate atmos’. Listening and watching Sydney’s finest, as well as new-comers. There were all types of acoustic music from Classical to folk punk (acoustic style). A number of them are listed below… 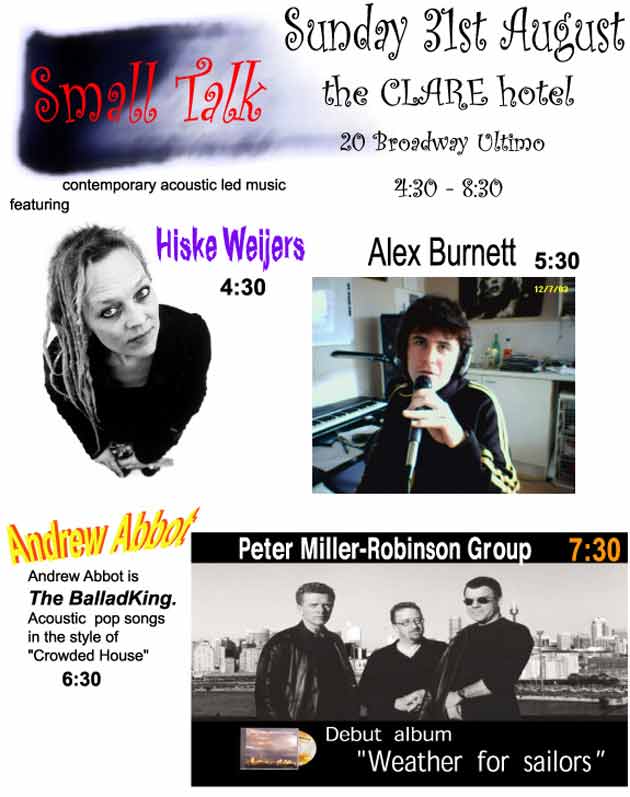 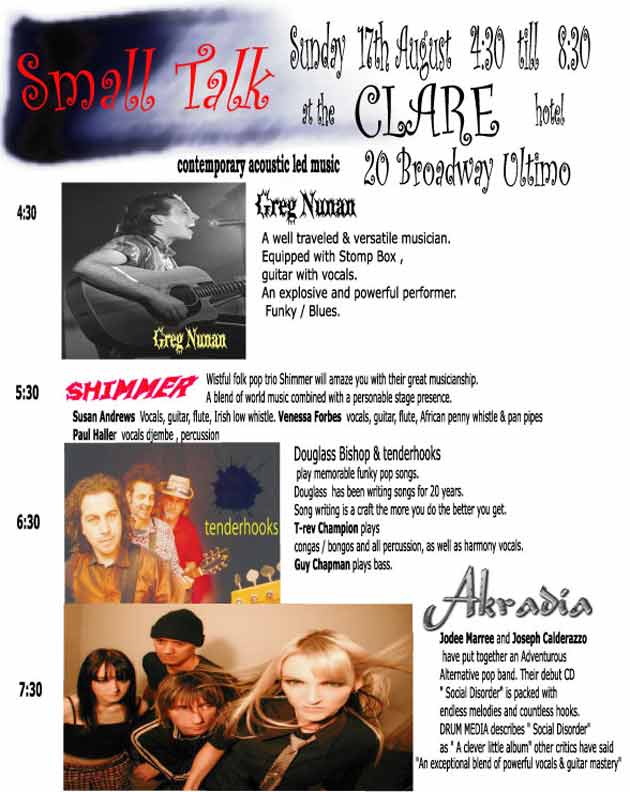 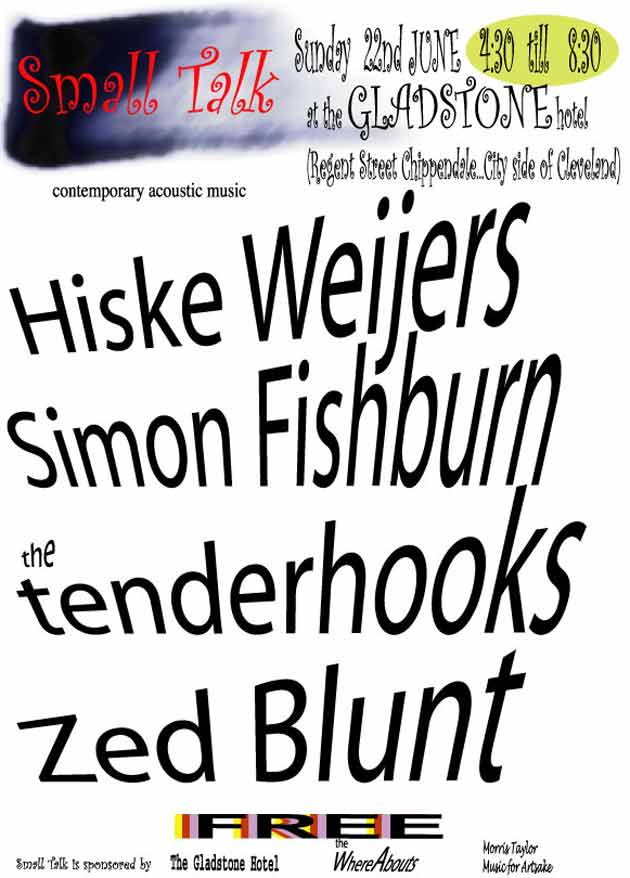 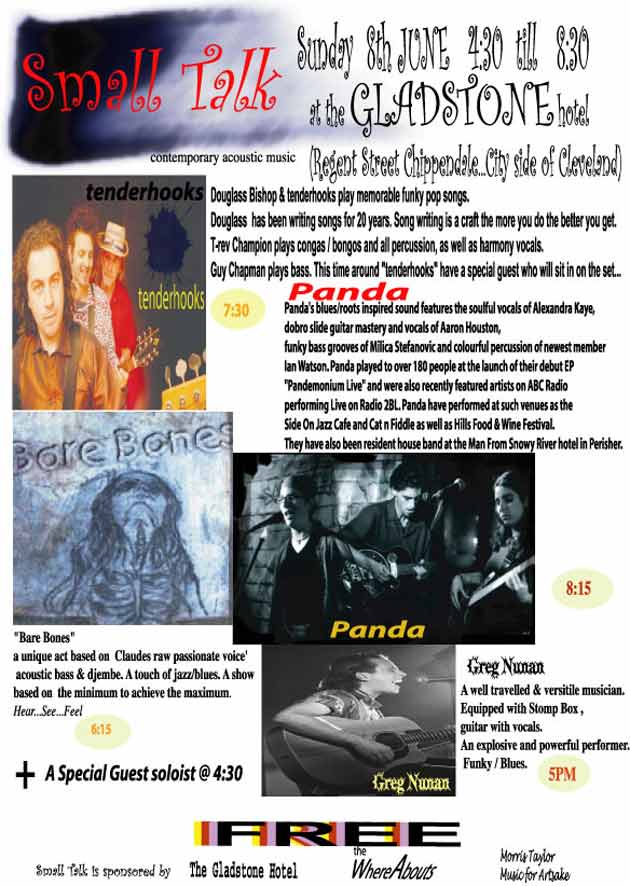 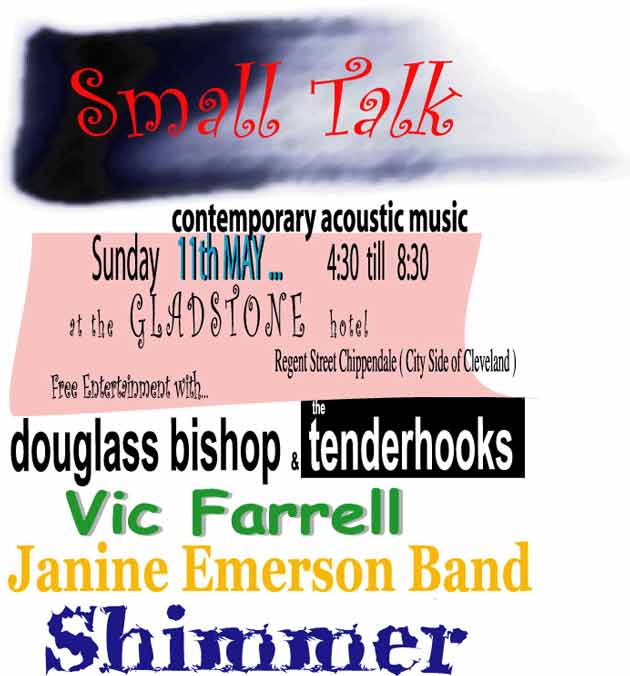 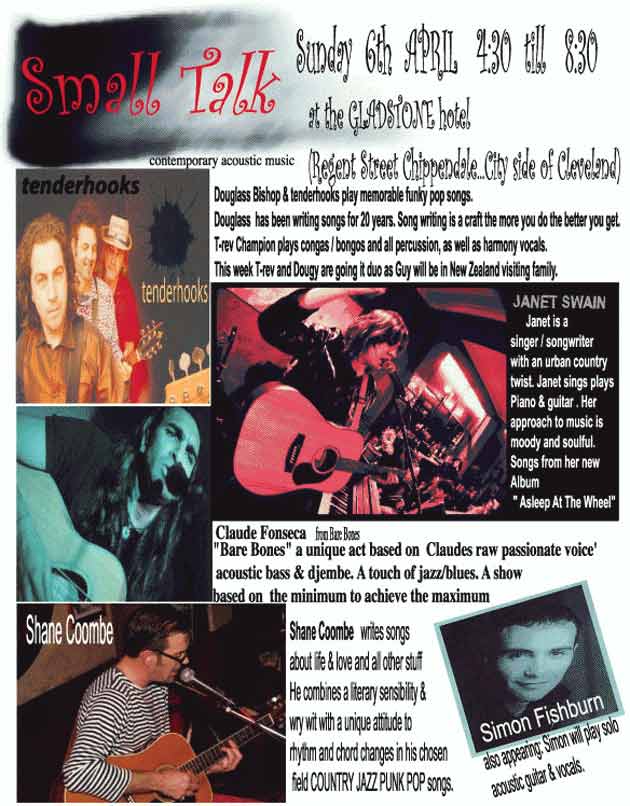 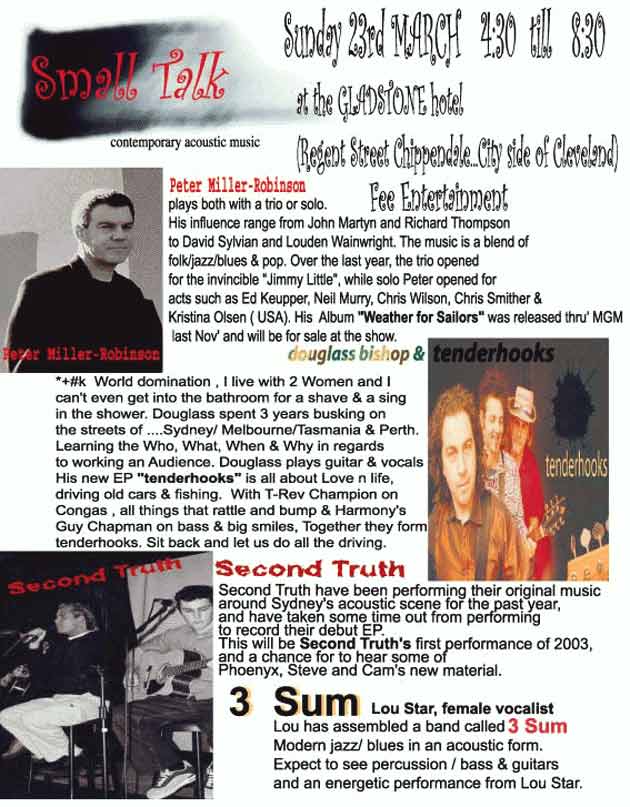 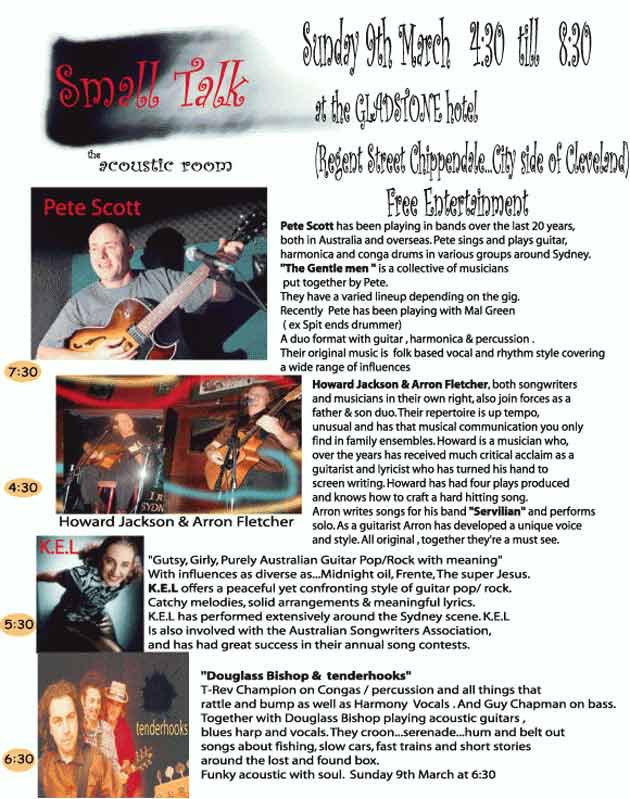 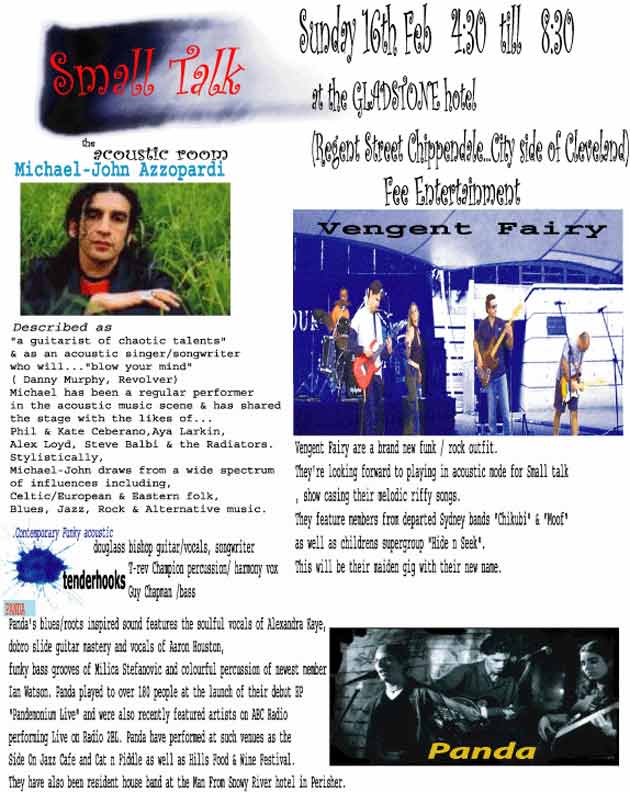 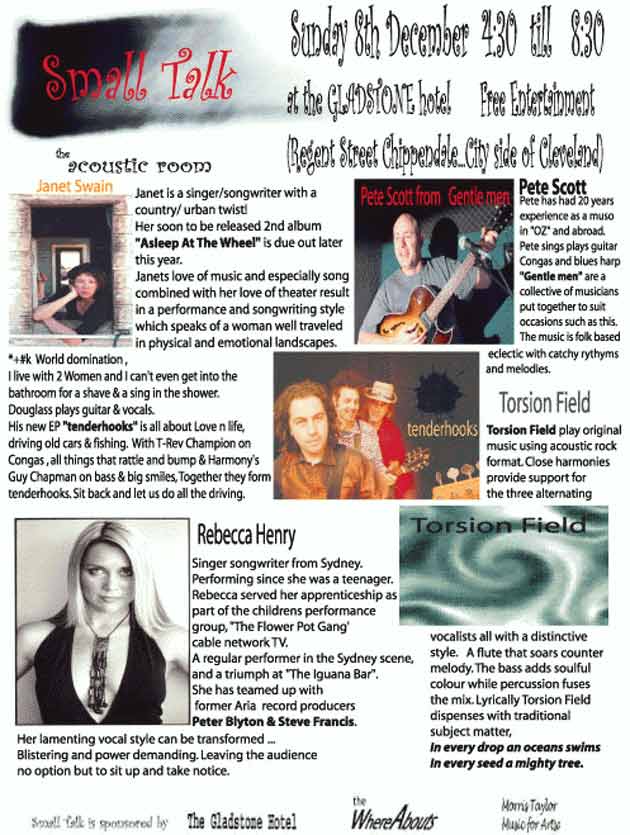 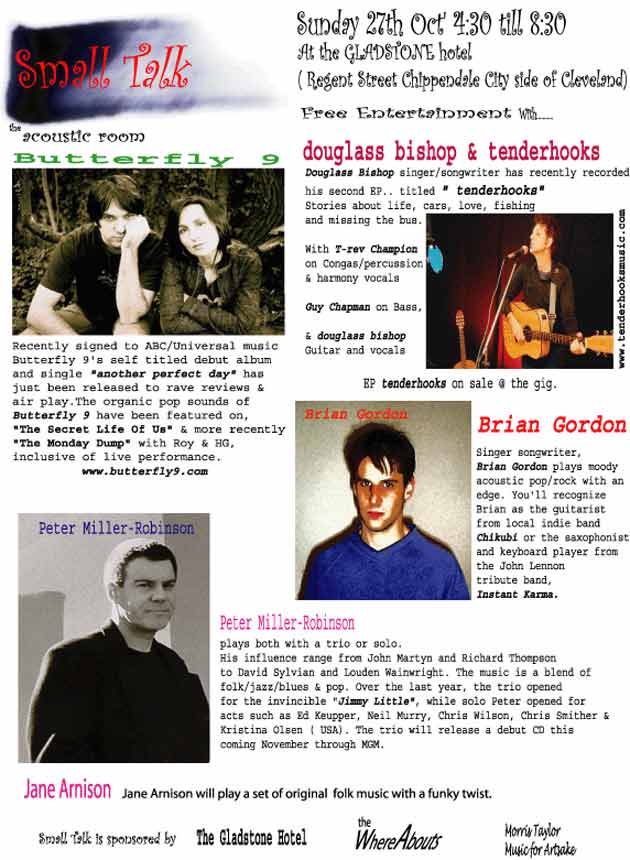 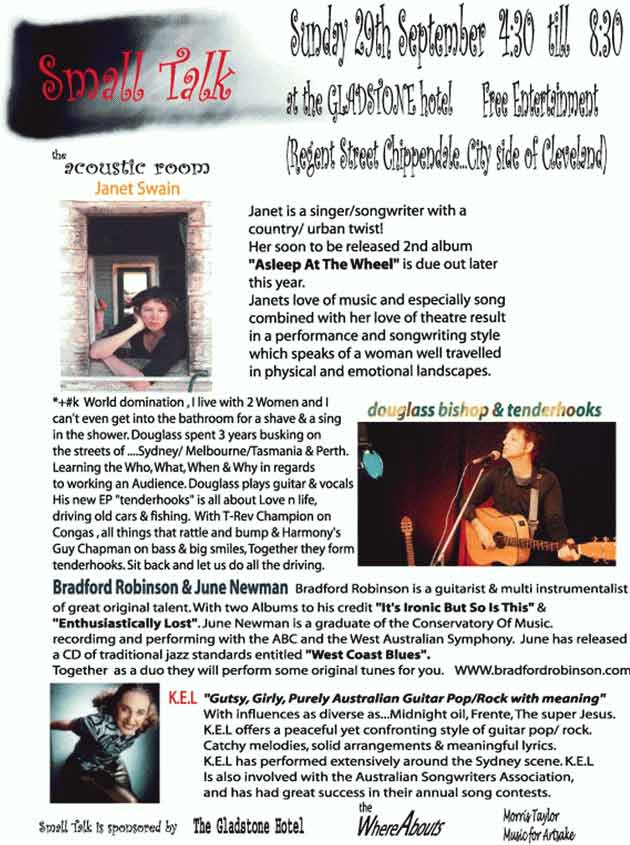 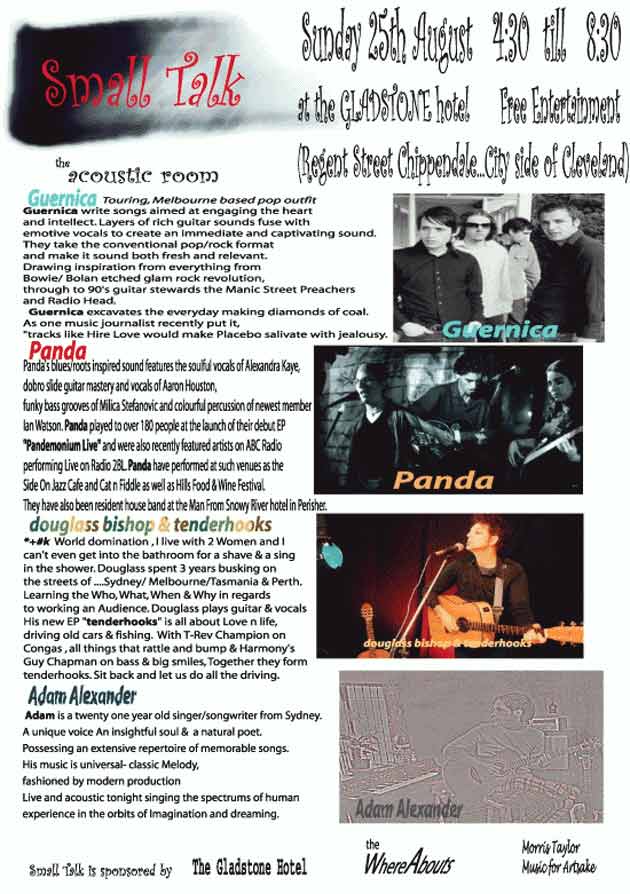 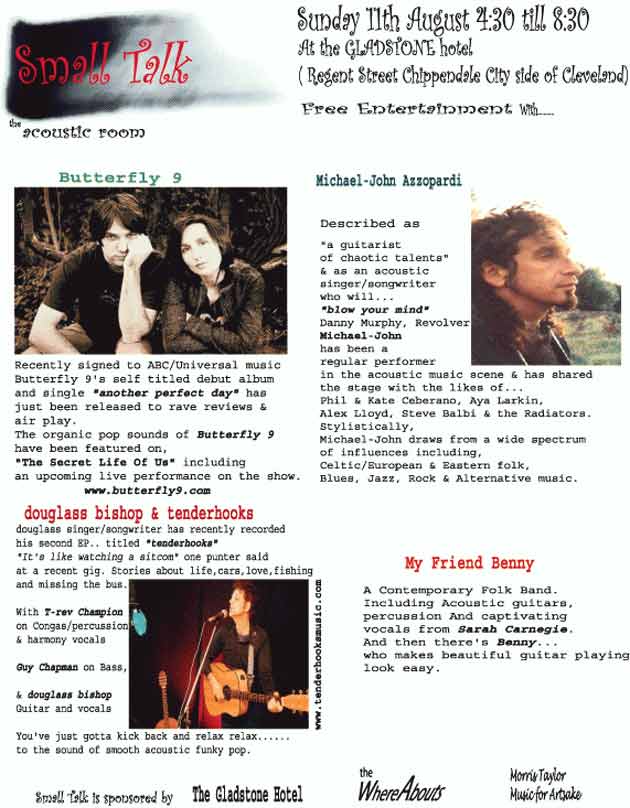