It was a big job lugging all that hardwood but it was worth it. For the filming the floor was made to look old and dark by spraying a thin coat of paint over it. So it initially looked pretty dull when it was first installed but I sanded the whole thing back and applied a couple of coats of clear varnish and it made a huge difference. 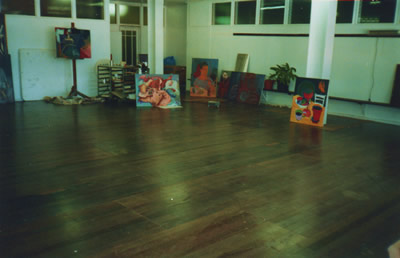 When the government finally kicked us out of the wharf studio, the floor came up and went in storage for a long time. I was there for years until water got into the container and ruined it. I have had other art studios since then but none of them have had a floor quite like that.

By the way, the photo’ below is of the Toledo set from the Strictly Ballroom film. It was just near the studio. It was taken a while after the filming and a fence had been erected around the whole power station site. It’s all gone now flattened to make way for the Sydney casino. 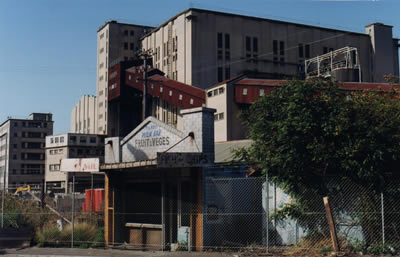